The Growing Trend of Non-Alcoholic Drinks

In Ireland today, the old resistance has changed from exclaiming that non-alcoholic beers or cocktails are “not real drinks”. This is all due to a growing love for the healthier things in life and also major companies creating non-alcoholic beers that still have the much-desired taste of hops.

With the majority of the population opting to live a healthier lifestyle, it is evident that they are trying to cut down the consumption of alcohol and replace it with a tasty alternative. This boost in demand in non-alcoholic beer has seen large brewing companies release their version of a low or 0% alcoholic drink such as Guinness and Heineken, in order to be a part of this new and competitive trend.

According to market research agency Euromonitor, it is evident that interest in non-alcoholic beer is growing, seeing an increase in sales in Western Europe over the past 5 years, worth now over €4.1 billion in 2017. It’s hard to believe in our country that we would begin gaining an interest at all, but this is down to health awareness and also due to the high quality non-alcoholic drinks available.

With beer definitely being the top choice in Ireland, we have selected a few of our favourites to help you decide on what your favourite non-alcoholic is. 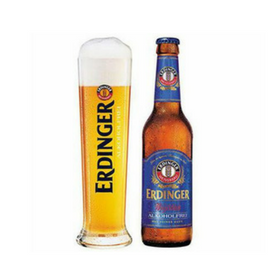 Erdinger Alkoholfrei is one of the most popular alcohol free beers; with a long time on the market it has a head-start on new competitors. Containing 0.5% alcohol, Erdinger Alkoholfrei promotes a beer that is rich in flavours and also healthy, containing vitamins b12 and folic acid. This drink is also low in calories, with just 125 kcal per 500ml and made from natural ingredients.  It promotes itself as a “sporty thirst quencher” and is considered beneficial to your mental and physical performance. 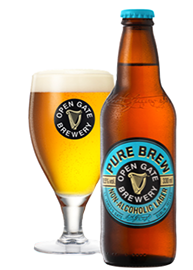 Open Gate Pure Brew is created and distributed by Open Gate Brewery, the creators of the famous Guinness. This beer is quite new to the market, only being launched in January 2018. Open Gate Brewery have said that it has taken them two years to develop this product which is a fully fermented non-alcoholic lager that keeps up to standard, taste-wise, with their other beers.  It’s described as a crisp and full bodied golden lager with a fruity and hoppy taste, with 0.5% alcohol level. This non-alcoholic option is available in over 250 bars across Dublin. 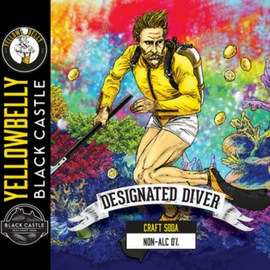 Designated Diver is freshly branded as a craft soda and created by Yellow Belly & Black Castle – both great Irish brewing companies. There beer alternative is described as a soft drink for adults, containing zero percent alcohol but still including that forever sought after hoppy taste! They have created a taste that is truly different from the rest, with a base taste of lemon and pear balanced out by the great technique of dry-hopping with Citra and Huell Melon Hops. This option is perfect for those previous craft beer lovers looking to opt for a non-alcoholic, refreshing alternative. 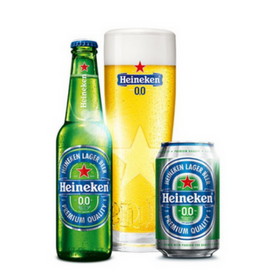 Heineken 0.0 was officially launched in March 2018 and is quite a popular brand on the market. With Heineken first releasing a Heineken Light, they have now kept up with the trend by releasing their very own non-alcoholic beer that still is believed to have the same great as the original. This premium lager has been twice brewed & fermented with the alcohol being naturally extracted after. It’s said to have a fruity flavour accented with malt notes, perfect for a lager lover who wants to go alcohol free!

These are just some of our favourite options for you to consider for your hotel, bar or restaurant to cater for the person dappling in non-alcoholic drinks. To help make your customer feel like they are indulging in the real thing, why not serve these drinks in one of our many beer glasses? We have plenty available online at Hugh Jordan or click here to shop now or pop in to our shop at 1 Chancery Court, Bride St, Dublin 8!

We always love to hear from you – Let us know what you’re favourite non-alcoholic options are on Instagram Twitter or LinkedIn!