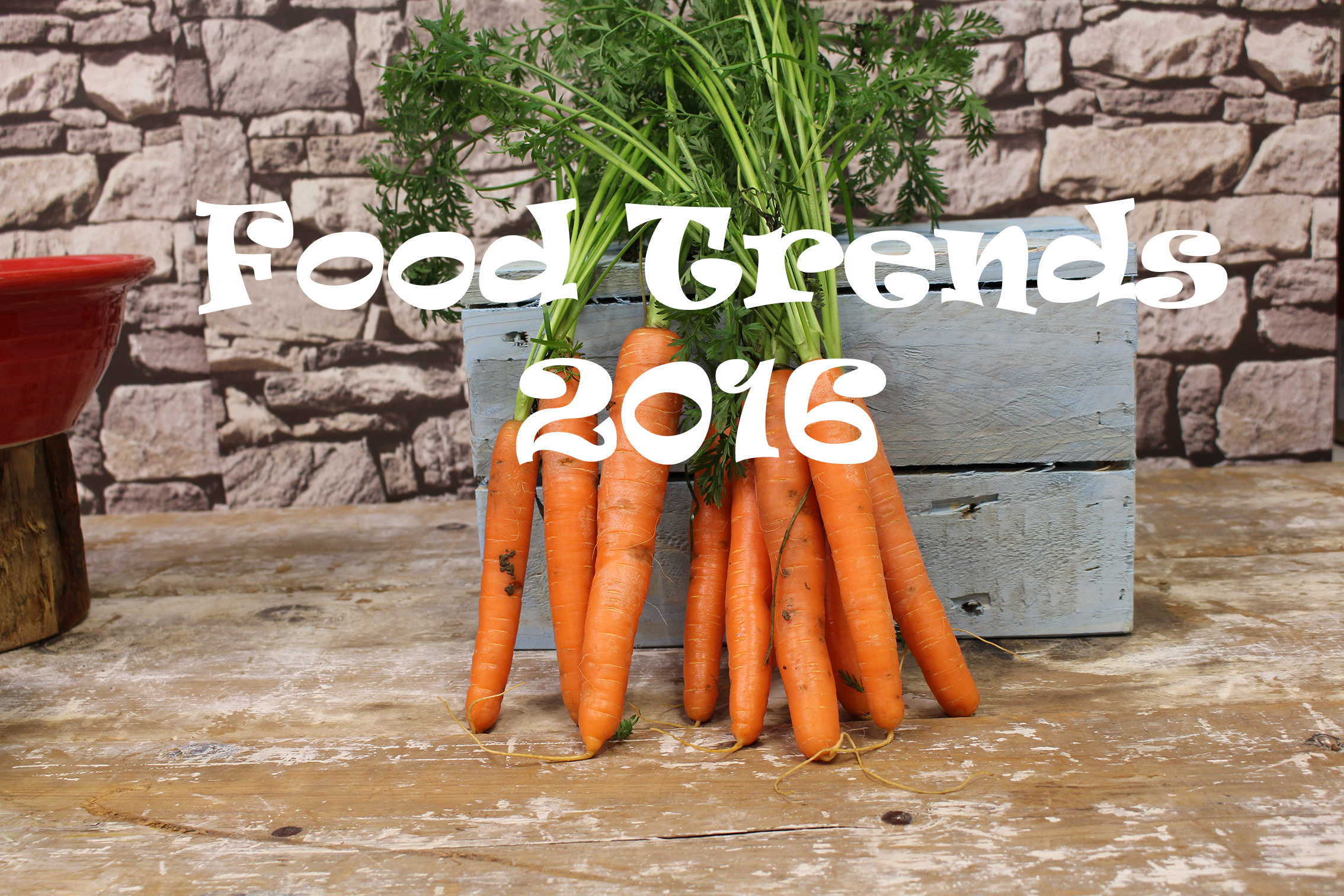 2016 has finally arrived! and as always, a new year brings new trends. Below are some of the up and coming trends predicted to be a big hit for this year, comment below and let us know what you think!

Online ordering, delivery services and order and pay apps make it easier than ever for consumers to enjoy their favourite food at home. With increasing companies jumping on the delivery bandwagon, 2016 is set to see increased participation of companies and use by consumers of services such as Just-Eat.ie, Deliveroo, TheDeliveryGuys, etc. These apps and websites deliver food from commissaries, by-passing the brick-and-mortar restaurant altogether.

In America, they are looking to start increasing menu prices and minimum wage to $15 and getting rid of the tipping culture which is rampant throughout the country. But this pay increase is not just in America, as the Irish minimum wage is set to increase from €8.65 to €9.15. This raise will see a 37.5 hour working week transform weekly wages by almost €20, and almost €1,000 in a difference in pay before tax through the course of a year.

Sriracha menu incidence grew 72% over a two-year period. So whats next? 2016 will see a rise in ethnic condiments such as the Korean ‘Gochujang’, the Indian ‘Ghost pepper’ and the Southeast Asian ‘Sambal’ to name a few. Why the rise? With Sriracha becoming so popular, establishments want to find the next big ethnic flavour to make their dishes a success.

There is an increasing demand that GMO ingredients be labelled or eliminated. Seven in ten consumers say they would be more likely to purchase food or beverages described as GMO-free, with 34% saying they would be more willing to pay for it according to Technomic. Since 2007 Ireland has been battling to make the island a GMO free zone, with many counties being declared GMO free.

Simple staples like meatballs and sausages are spiking on menus over a five-year period. Other humble staples on the rise include ethnic dumpings and distinct breads such as signature cheesy breads. With constant efforts to create the ‘next big thing’ in the food industry, some chefs and restaurants tend to overlook a simple fact that consumers love foods they know and love!

Rising protein prices are resulting in creative uses of entire animals and plants being utilized. Vegetable roots and stalks as well as organ meat are two examples of how establishments are getting the most out of their products and in turn, turning their ‘trash into treasure’. As well as this, Chefs are experimenting more with ‘trash’ fish species. It’s not just about Salmon and Sea Bass anymore, with fish such as Redfish, Atlantic Pollock and Mackerel looking to take over menus in the coming year, and with Ireland being an island these fun fish are sure to take off!

Smoke and Fire mentions are rampant on menus, offering a homemade and authentic feel to their food. Although not completely absent in 2015, offerings that are to become more popular than ever in the coming year are Charred vegetable sides, Deserts with burnt-sugar toppings, Cocktails with smoked ice, smoked salt or smoky syrups. Once you notice it, you will realize this is a recurring trend among even the smallest of establishments, and its not going away any time soon.

Effervescence makes light work of trending beverages. Champagnes and Proseccos along with sparkling teas, Campari-and-soda aperitifs and hard sodas are all drinks that appeal to the masses with their bubbling effect making them trendy and interesting to both look at AND drink. San Pellegrino is a brand which springs to mind, having always been lurking behind the scenes it was in huge demand in 2015, showing that this bubbly trend will continue.

Foodservice distributors are well aware of new market demands – most have initiatives for local and humane sourcing as well as traceability. Top initiatives include local sourcing (89%), animal welfare/humane treatment (78%), product/ingredient safety (78%) and traceability (78%).

Operators are finding new ways to improve limited-service restaurant experiences as consumers gravitate to ‘better’ fast food. The customization model is no longer exclusive to fast-casual restaurants. Leading Quick Service restaurants (QSR) brands expand dayparts to drive traffic. A few examples of this are Starbucks who became the #2 chain by sales which was partly due to daypart and menu expansion, while McDonalds have begun testing the success of an ‘all-day breakfast’. QSR ‘plus’ brands are upscaling the QSR experience by increasingly impressive décor and menu prices that fall between fast food and fast casual.