The Restaurant Awards of Ireland 2017 was held last night in The Clayton Hotel, Burlington Road. Bringing together ovr 900 guests in the industry for a total of seventy two awards, the night was not one to be missed! 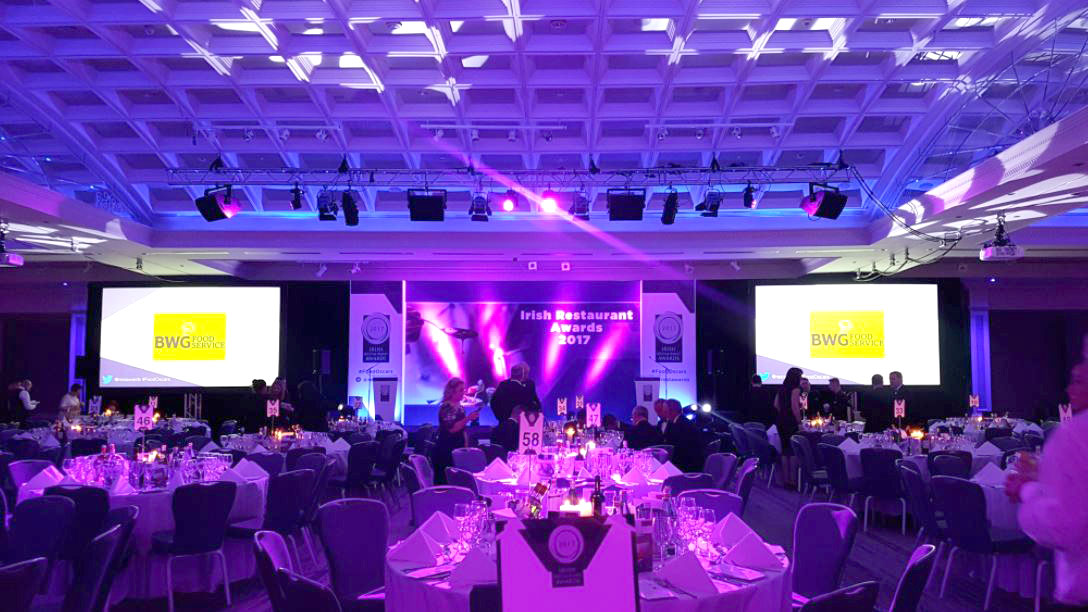 Danni Barry who took home the award for 'Best Chef 2017' is not only the first woman to win the award, but she is also the only female chef in Ireland to have a Michelin Star. The 31 year old from County Down is head chef at Deanes Eipic in Belfast. She previously worked with UK Chef Simon Rogan at L'enclume as well as Rogan & Co in Cartmel. 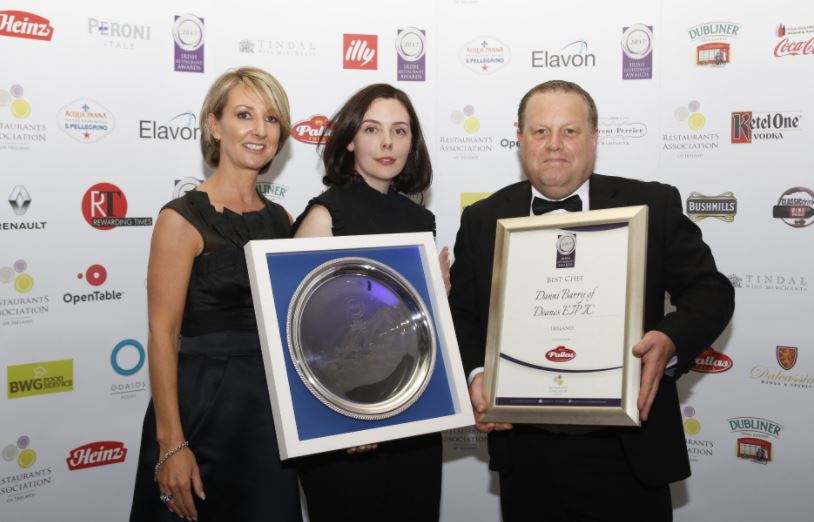 Delighted with her win, she did not let being the first female winner be the focal point of the night, joking that it was great for a 'left handed chef' to finally win!

There were many other winners of the night, including Dublin's 'Chatper One' owned by Chef Ross Lewis who won Restaurant of the Year 2017.

Ox in Belfast also had two wins with Best Wine Experience and Best Restaurant Manager for their joint-owner Alain Kerloc'h.

The Pub of the Year which is a new award to the mix was won by Morrissey's in County Laois, with Best Gastro Pub being won by Walled City Brewery in County Derry.


The Best Customer Service in Ireland was awarded to The Maigue Restaurant in Dunraven Arms Hotel, Limerick. Although the Dunraven Arms is a hotel, The Best Hotel Restaurant Award went to The Dining Room at Gregans Castle Hotel in Clare.

The Local Food Hero for 2017 was awarded to Michael Kelly, founder of the Grow It Yourself movement and the driving force behind the GROW headquarters in Waterford.


Casual Dining has been a huge emerging trend for the food industry in Ireland in the last few years. The award for Best Casual Dining 2017 was awarded to The Muddlers Club in Antrim.


You can find the full list of winners for both Regional & All Ireland awards here: http://www.thejournal.ie/restaurant-awards-2-3379820-May2017/